This innocent country set you down in a ghetto in which, in fact, it intended that you should perish. Let me spell out precisely what I mean by that for the heart of the matter is here and the crux of my dispute with my country. You were born where you were born and faced the future that you faced because you were black and for no other reason. The limits to your ambition were thus expected to be settled. You were born into a society which spelled out with brutal clarity and in as many ways as possible that you were a worthless human being. You were not expected to aspire to excellence. You were expected to make peace with mediocrity. Wherever you have turned, James, in your short time on this earth, you have been told where you could go and what you could do and how you could do it, where you could live and whom you could marry.

– From James Baldwin’s A Letter To My Nephew, originally published in the Progressive’s December 1962 issue and later adapted into The Fire Next Time. Emphasis mine.

So I was going back through the archives and noticed that the first post to this blog was 10 years ago…Wow. Not that I blog all that much (16.8 times per year, I believe, which is a little more than once per month).

If I can ever figure out how to make a post to this blog that automatically updates my Facebook status I think it’s likely I’ll start doing a lot more blogging. The painful truth though, is that I get way more comments via my FB status updates than I ever did blogging.

I’ve been poking around quite a bit with my WordPress installation lately though so hopefully I’ll be inspired to blog more often. 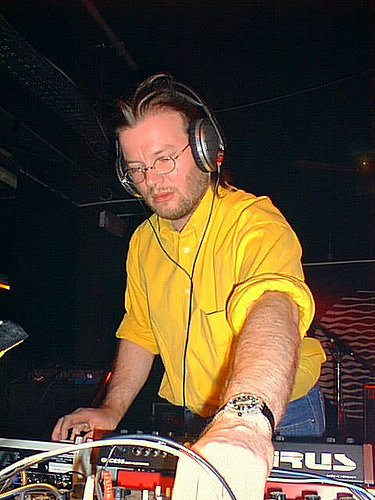 Words can’t begin to explain how much his passing means to me. I’m stunned, and heartbroken. FAX was the first label I obsessively collected and I probably own more music with his name on it that any other (well, it’s probably a tie between him and Atom). I definitely own more releases on FAX label than any other, at one point I think I was one of a handful of people in the entire world with a complete FAX label collection (not counting the box sets of course, of which I have only one).

When I was first starting to play out, I DJed exclusively in chillout rooms. This was by choice, I couldn’t be bothered with all that ridiculous kiddie rave music, no, I was into SERIOUS, deep, ambient music. People would wander in, intending only to be there for a second, and then 20 minutes later, they’d pick themselves off the couch and come over and ask me WHAT IS THIS AMAZING MUSIC they were hearing. In those days, the answer more often than not was “Pete Namlook”.

I always liked Namlook’s collaborations more than his solo stuff, but the Air releases in particular were true masterpieces – complex, evolving works that gave themselves time to change and breath.

I remember when, after I finally managed to track down Shades of Orion, a collab between he and Tetsu Inoue that I’d heard so much about but never heard (this was back before you could hear any track any time) and I sat down and listened to the entire release front to back without pause, by myself, and the moment it was done I got up and wrote Peter an email and told him how special it had been to me, and how much I had appreciated it.

To my great surprise I had a response within the hour, he told me he was deeply honored by my email and that he could tell how how much it meant to me, so he wanted to tell me a story about it’s recording as sort of a reward for being so diligent in tracking down that release.

He then explained how he and Tetsu has been holed up in Tetsu’s studio at 2350 Broadway in NYC the summer of 1993 without A/C and how they’d taken a small break from the recording. He was looking out the window of Tetsu’s apartment to the street below and suddenly saw an enormous black man wearing wrap-around mirror shades step out of a car, and he thought to himself, “Have you ever retired a human by mistake?”. He got up from the window, went back to the synths, and he and Tetsu recorded the final track on that release.

I’ve always treasured that story and that he would take the time to respond. His music will take on even greater meaning to me in his passing. Goodbye, Peter, you’ll always have my infinite gratitude for your music. There are very few artists I can say changed my life, but you’re one of them.